Test scenarios are designed to determine the typical and atypical situations that may be found in the application.

Load testing scenarios are intended to check situations connected with a change of the system loading rate and reveal anything that can be potentially harmful. 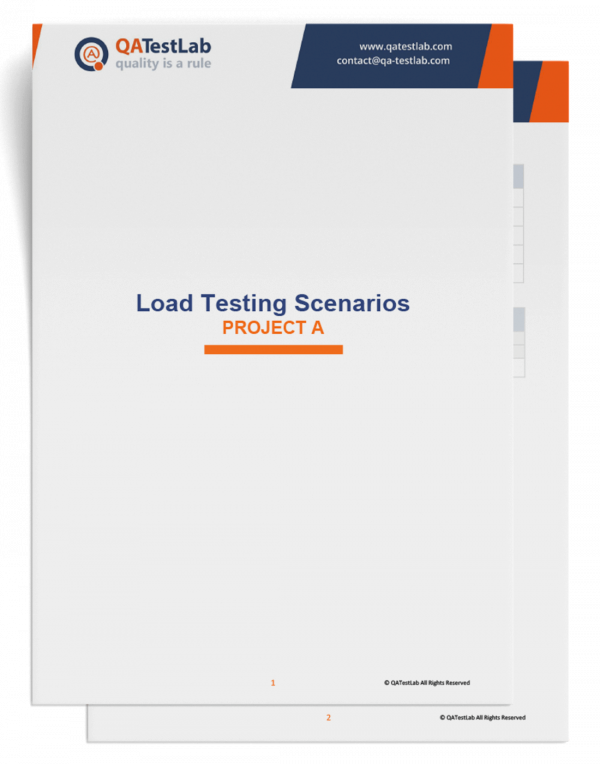 In order to write a typical load test scenario, you should perform the following steps: