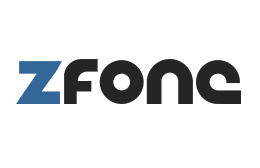 Zfone is a new secure VoIP phone software product and protocol which lets you make encrypted phone calls over the Internet. It enables you to have a private conversation any time you want with anyone, anywhere - without buying a plane ticket. The Zfone Project was founded by Phil Zimmermann, the creator of Pretty Good Privacy (PGP), the most widely used email encryption software in the world.
Zfone uses a new protocol called ZRTP, which is better than the other approaches to secure VoIP, because it achieves security without reliance on a PKI, key certification, trust models, certificate authorities, or key management complexity that bedevils the email encryption world. It also does not rely on SIP signaling for the key management, and in fact does not rely on any servers at all. It performs its key agreements and key management in a purely peer-to-peer manner over the RTP media stream. It interoperates with any standard SIP phone, but naturally only encrypts the call if you are calling another ZRTP client. This new protocol has been submitted to the IETF as a proposal for a public standard, to enable interoperability of SIP endpoints from different vendors. Zfone is available as a universal "plugin" for a wide variety of existing VoIP clients, effectively converting them into secure phones. It's also available as an SDK to allow VoIP product vendors to integrate encryption into their products.