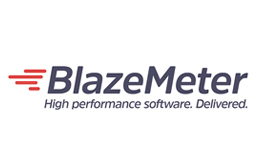 BlazeMeter was founded with the goal of making it easy for everyone to run sophisticated, large-scale performance and load tests quickly and affordably.

They allow to run massive load tests in the cloud. And BlazeMeter's technology lets to create massive-scale load tests perviously only possible with the expensive testing environments.

At BlazeMeter, they've made it possible for anyone to run frequent load tests.