Tool to assist in conducting performance testing, which typically has two main functions:

Generation of load can simulate multiple users or large amounts of data.

Performance testing tools are usually issued reports based on testing protocol and load graphs relative to the response time. 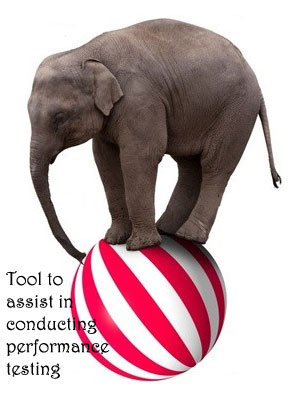