Experts in mobile automation claim that one of the functions in the operating system Android 4.4 KitKat is the built-in ability to record everything that is happening on the smartphone or tablet screen. This function is helpful during mobile application testing, as it allows to record software bugs.

Installation of the Software on the PC

A software testing company would recommend first of all installing Java development environment. To do this, one should go to Oracle website of and install JDK for the operating system: http://www.oracle.com/technetwork/java/javase/downloads/.

Then download Android SDK from the developer's site http://developer.android.com/sdk/.

It is necessary to unpack content of the downloaded archive in any suitable location. It is advisable to use an address without spaces (for example, C:\adt\).

Activation of USB Debugging on the Device:

1. Go to settings of the phone or tablet.

2. At the end of the list choose "About device".

3. Tap on the build number till the development mode activates. 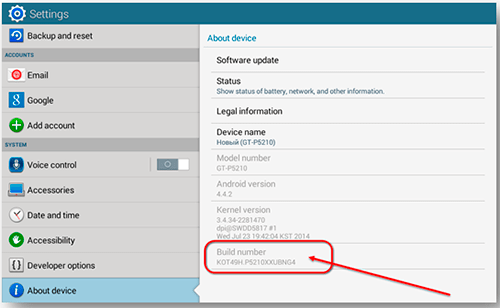 4. Go to the section "Developer options" that have appeared. 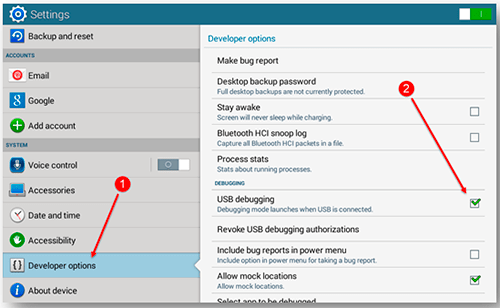 6. Also, for clarity, one can enable the displaying of touches in the "Developer options": 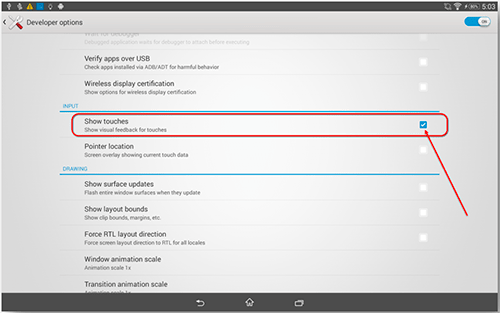 7. Next, it is necessary to connect the phone or tablet PC.

8. Confirm in the dialog box on the device that we trust the PC:

10. Go to the directory "platform-tools", which is located in the section of Android Developer Tools, folder "sdk". In our case it will be the command “cd C:\adt\sdk\platform-tools”. 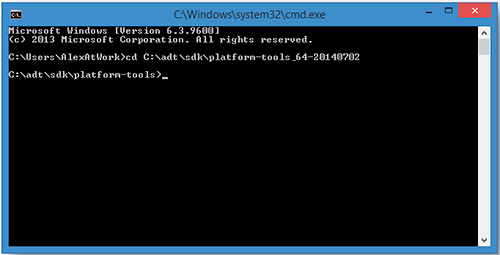 11. Check availability of Android devices by the command “adb devices”.

12. Start recording on-screen video with the help of the command “adb shell screenrecord /sdcard/movie.mp4”, where "/sdcard/movie.mp4" is the path to the video and its name.

13. One can stop recording by the combination of Ctrl + C, or it will stop automatically in 180 seconds.

Those, who deal with mobile testing, know that it is possible to control quality of the recording, resolution and other video settings.