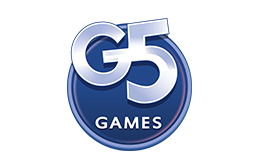 G5 is an internationally known developer of popular games for iPhone, iPad, Android, Mac, PC, and other portable consoles. G5 was founded in 2001 and is headquartered in Stockholm. It also has its development departments in Kharkiv. Since 2002 the company has developed more than 80 games for different platforms.

G5 was one of the first game development companies in the CEE region that performed IPO, as a result of which the company has placed its shares on the Stockholm stock exchange.

G5 has developed such famous games as Pirates of the Caribbean, The Simpsons, Star Wars, Scarface, The Sims, etc.