How Can the Kanban System Help?

Those, who are familiar with the software product development methodology, for sure, heard about the Kanban System. This methodology is closely connected with one of the Japanese business philosophies.

Initially, the idea was implemented in the supermarkets but later software testing experienced all advantages of the Kanban System too. It is all about the visualization of the amount of work. Such approach significantly simplifies the tasks perception and it becomes much easier to control their performance.

Many researches prove that people much easier perceive and remember the facts and data, displayed in the form of schemes and images than directly in the text form. This is a main idea of Kanban. It will need several simple things for the methodology implementation. 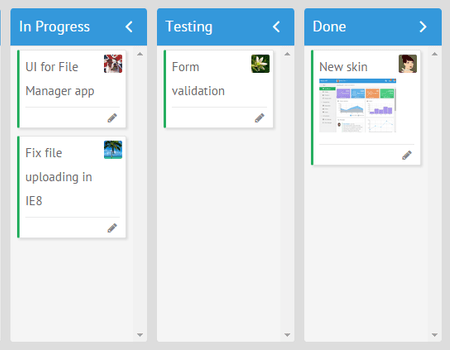 What Is Necessary for the Kanban System?

All tasks which should be performed are recorded on the stickers. The board is divided into several sections which will display the status of the task execution. This may be “in turn”, “in progress”, “waiting”, and so on.

For example, having conducted functional testing or performance testing of the software product, a specialist moves the card to the ‘done’ section. Software testing company often uses this methodology in its work.

But time moves on and the stickers and markers were replaced by the special programs with the help of which the fulfilled scope of work and future job monitoring will be simple and convenient.

Besides this, Kanban adds the flexibility to the project and guarantees the smoothness of the working process. According to this methodology, the project members are assigned with certain roles and duties. During the task fulfillment, the roles may be re-assigned.

Practice shows that mobile testing, desktop application and website testing will be more effective and productive with the Kanban System usage.