API (Application Programming Interface) testing represents a key aspect of quality assurance techniques that acts as a window to the code. This type of program check occurs at the API level (only with the interface of a program) and aims to examine functionality, security, and reliability. How does API testing typically happen? Why does it matter for product developers? Most importantly, how to conduct it correctly for software testers? Let’s figure it out.

As its title suggests, API stands for Application Programming Interface, which is mainly connected with software development and a program's visual appearance. This methodology is based on the algorithm of sending quick and specific calls that deliver a user response to a system and send feedback to a user. API calls happen in a 3-Tier Architecture and put out the results to the browser and other tiers. 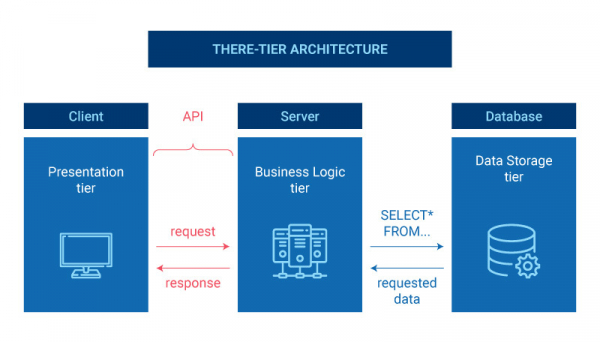 As a rule, API calls happen through a set of ready-made rules (functions, structures, and constants) generated by an application through libraries for use in external software products. As a result, API helps to define how a program will interact with the rest of the software world.

#2 Why Do We Need An API Strategy?

There are several cases why API is needed in software development:

#3 What Types of APIs Can you Find?

There are several varieties of APIs:

#4 What are Web service APIs?

Web API is one of the most widely-used cases. As a rule, it is a particular set of HTTP requests and defines the structure of HTTP responses, which are expressed using XML or JSON formats. Web API is almost synonymous with web service, although recently, due to the Web 2.0 trend, there has been a transition from SOAP to REST communication.

There are several web service APIs:

For programs to communicate with each other, their API needs to be built according to a single standard. One of them is REST, a regular way based on the HTTP protocol. The peculiarity of REST is that the server does not remember the user's state between requests. In other words, user identification (authorization token) and all settings of the operation are passed in each request.

#5 How to implement API testing?

As stated earlier, API testing checks software functionality and reliability. Besides, it acts as a way to ensure the security and performance aspects of an application. It is based on using specific inputs and outputs to form subsequent API calls. Therefore, the QA engineer aims to form all the possible requests that can be further sent to the program. In a typical Software Development Life Cycle (SDLC) run, API testing covers exploratory, usability, security testing, and Test Automation.

#6 How API testing differs from other testing types?

At first glance, Graphical user interface (GUI) testing may seem equivalent to API. In reality, however, there is a considerable difference. API isn't about checking software look and feel. It is about checking the layer of business interaction with software architecture. That's why API is a more complicated type of ensuring quality since it focuses on functional code and functional testing.

API testing will not include UI as usual testing is. Besides, this testing requires basic networking knowledge such as using the GET, POST, PUT, etc. commands. Another important issue is that API testing involves knowing how various HTML elements work. For example, if I click a button, what will be the next function call. We need to know how the 'button' element works. Moreover, API tests only API functions, but normal testing tests all items.

The emphasis on APIs to support interoperability between systems, applications, and devices is essential and is steadily increasing due to trends such as cloud computing, the Internet of Things (IoT), and more. APIs should be tested side-by-side with other product capabilities and functionality. If an API breaks because no errors are found, there is a threat of breaking one application and the whole chain of business processes associated with it. Putting more effort into API testing results in a more profitable end product.