The Fundamentals of Ad-hoc Testing

Ad-hoc testing is an approach to software quality verification that does not have any formal process and requires no documentation including test plans and test cases. Its main aim is to discover software issues that have been missed during a traditional and formal testing process. Sometimes it is called random testing.

In case of limited time and thorough testing required, Ad-hoc testing is conducted. It is recommended to perform this type of software verification after formal testing. But also, Ad-hoc testing can be done at any stage of the testing cycle.

The ad-hoc testing approach is not applicable if a bug is already detected. Then it should be documented and retested. Also, Ad-hoc testing should not be done during beta testing conducted by customers or clients. 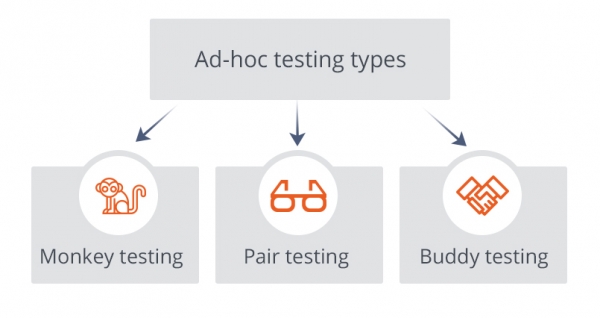 There are three types/forms of Ad-hoc testing:

Despite being a rather effective approach for quality verification, Ad-hoc testing has several drawbacks that may affect the results of the testing procedure.

Best practices to use

To ensure the high effectiveness of Ad-hoc testing, the following practices should be applied: