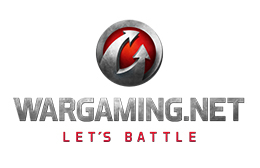 Wargaming is an award-winning online game developer and publisher and one of the leaders in the free-to-play MMO market across PC, console, and mobile.

Founded as a privately held company in 1998, Wargaming has shipped more than 15 titles and employs over 4,000 professionals across key regions such as North America, Europe, Russia, Asia and Australia. Currently, Wargaming is focused on its team-based MMO war series dedicated to mid-20th century warfare.