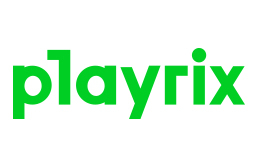 Playrix is well known as a developer of games with the unique quality - it is particularly specialized in games for tablets and smartphones.

Due to the fact that the company pays a lot of attention to the quality of products, its games give users a lot of fun and expand their horizons.

Playrix began to develop PC casual games in 2004 and now has a lot of rewarded games, such as Fishdom®, Gardenscapes™ and 4 Elements™.

The company has expanded its range of production to many platforms including PC, Mac, Web, Facebook, Nintendo DS, Sony PSP, iOS and Android.

The secret ingredient is the fact that the company focuses on several individual projects and polishes their quality to perfection, so their audience gets so much pleasure from the Playrix games.